Agreement Vs Contract: All You Need To Know 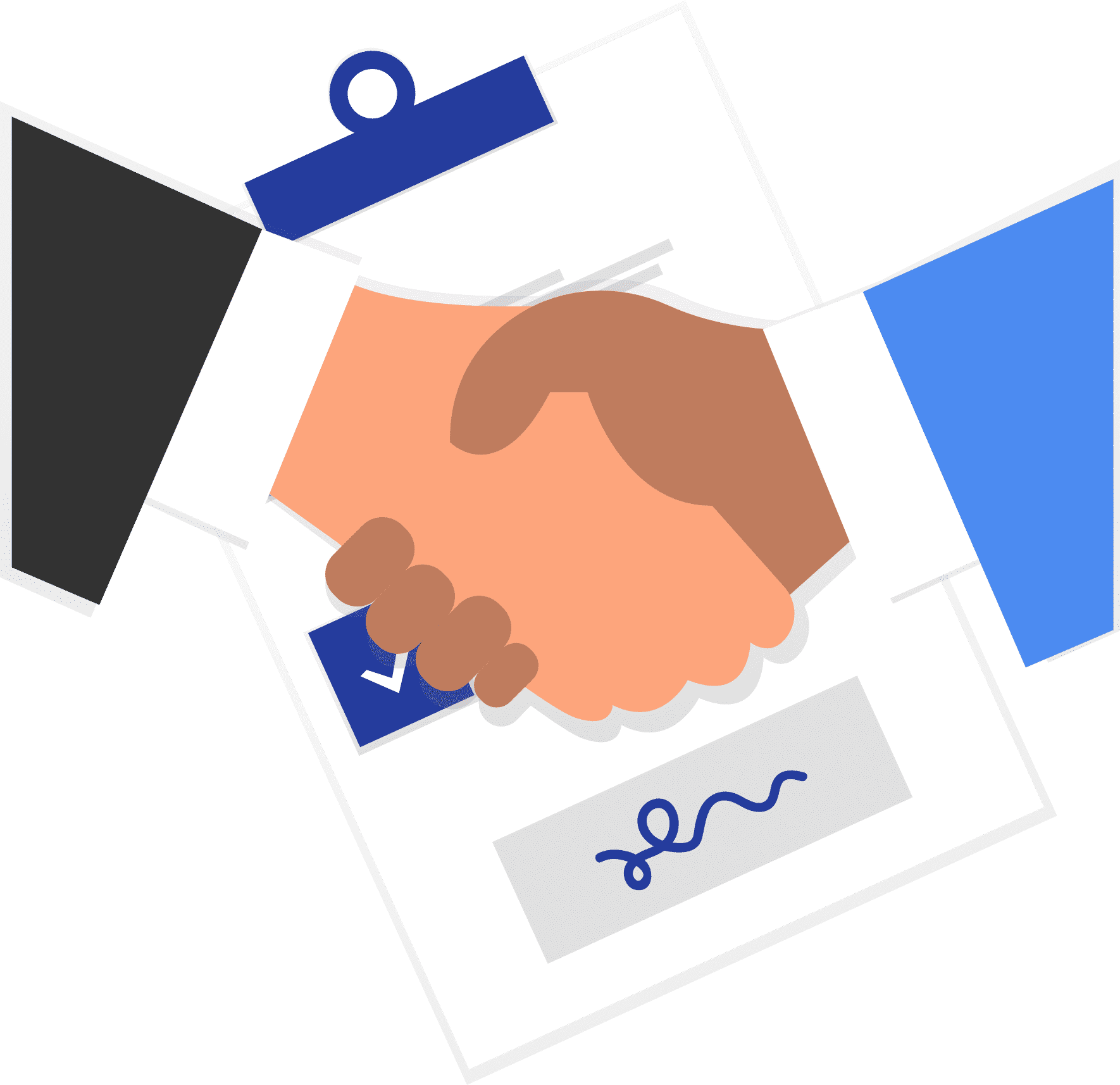 Did you know? Contract Hound is one of the best investments you can make to never lose track of a contract again.

What are the differences between contracts and agreements? Both are important for partnerships between companies and other organizations. Still, many often get confused between the two and unknowingly enter into agreements that may or may not be legally binding.

In this article, we’ll introduce the differences and the benefits of one vs another.

Agreements are usually an informal consensus between two or more parties that is not legally binding. For example, unlicensed betting pools fall under a wagering agreement as they lack enforceability. Oral agreements can’t be enforced, either.

To make matters more confusing, some contracts can take the name of binding agreements, such as non-disclosure agreements and license agreements, because they entail a strictly-defined legal purpose.

Key Differences between Agreements and Contracts

For a valid contract to be enforced and legally binding, it must be written explicitly and registered by a lawyer. Any ambiguous terms will be read against the person who wrote the contract. However, writing is optional for agreements, and even if there is a written agreement, it will not be legally binding.

Contracts are narrower in scope as it only includes agreements made between both parties that are legally enforceable. On the contrary, agreements are more comprehensive in scope to include all agreements the parties have agreed to perform even with no legal enforceability.

Simply put, every agreement is not a contract, but every contract is a legal agreement.

Every legal contract needs to prove that a specific offer was made and accepted. There also needs to be adequate consideration before the contract formed can be legally binding.

This is where parties exchange value, such as money, goods, services, etc.

An agreement, however, only needs to fulfill the offer and acceptance element to commence.

An Agreement vs Contract Scenario Illustration

For better clarification of how both contracts and agreements work, here are two scenario illustrations.

Tom found an advertisement by Jerry’s cleaning services and contacted Jerry. Through the call, Jerry promised to clean Tom’s apartment the next day at 12 PM. Tom canceled a client meeting with the timing set that cost him $50 in profits for his own business.

On the appointed day and time, Jerry pulled a disappearing act and did not turn up. Additionally, no one could not contact him at all.

This agreement between Tom and Jerry is not legally enforceable as there was a lack of consideration, and they have not entered a contract. Informal agreements are not binding, after all.

Using the same scenario as above, Tom signed a written agreement with Jerry. The written agreement explicitly stated the type of cleaning materials to be used, the price to be paid, when the job is to be completed, and Tom paid Jerry ahead of time.

In this scenario, Tom and Jerry would have made a legally binding contract. Hence, Jerry’s disappearing act would constitute a breach, and Tom can file for a lawsuit to recover the damages he suffered.

#1. Clarity of agreements, rights, and obligations of parties.

The clarity of contracts helps all parties understand the terms of the contract and help define their relationship. In return, this minimizes the potential for litigation and liability, as well as the risks associated with business disagreements.

If you’re in the process of setting the terms of the contract,  contract negotiation is almost always an essential part of the process. This allows you to set the terms in a fair way that will benefit both parties.

With a physical written contract, parties can revisit the information anytime. This added benefit of detailing the nature of the relationship between parties and contract terms leaves little room for confusion or misinterpretation.

To do this at scale, you’ll need to consider some sort of contract management software (such as, ahem, Contract Hound) – these tools facilitates the ease of reviewing your contract documents, especially when there are many to keep up with.

Most cloud-based apps allows you to find contacts quickly, set management responsibilities, and review contract details at a glance.

Moreover, the notification feature is especially helpful in reminding businesses when renewals and payments are due. This prevents overspending, accidental, or delayed payments, which could be detrimental to a small business.

#3. Explicit documentation shows how disputes will be resolved and specifies how either party can end the contract.

There may be times when you want to terminate a contract before your obligation has been fulfilled. However, you risk breaching the contract and having to pay damages if you terminate before the contract dates on your own terms. Thus, a contract specifies how you can exit and free yourself of the obligations without legal implications.

Take your Contract Management systems to the next level

Contract Hound is a simple yet powerful contract management solution to boost your team’s efficiency in handling contract documents. Easily upload and browse all your contracts under one platform without having to worry about information leaks.

At the same time, receive prompt reminders for key milestones so you will not miss out on important contract renewal dates and payments anymore.

If you have been looking for an all-in-one platform for contract management, look no further and try out Contract Hound today!

Set contract reminders with Contract Hound and you'll never lose track of a contract again. Try it FREE for up to 10 contracts.